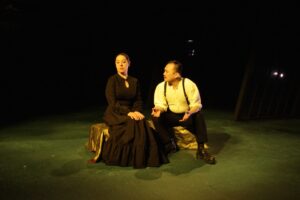 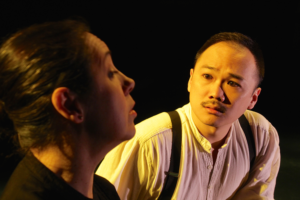 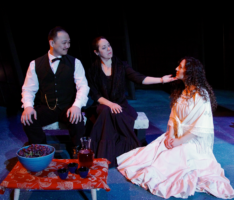 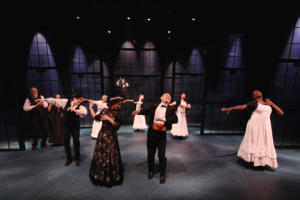 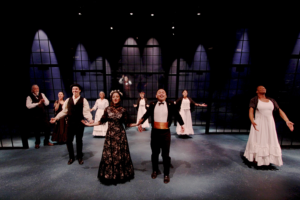 “…the opening scene with her adoring yet adventurous son (Kwan, excellent) is compelling, disturbing and amusing in equal turns in its depiction of their bond, which is deeply felt emotionally and just a bit too sensual.” – Karen Fricker, Toronto Star

“This show was a dream. Working with such a committed, tight ensemble, with the brilliant Soheil Parsa, with an inspired group of designers, was a real treat. It also proved to me that with the right thinking, and the right people with you, anything is possible.” — Derek

A family vendetta comes to a boil when a bride-to-be runs away with the son of the enemy. Their ill-fated romance sparks a poetic exploration of the conflict between desire and social convention.

Modern Times’ Artistic Director Soheil Parsa, renowned for his unique interpretations of the classics Waiting for Godot, The Chairs, The Lesson,  directed the rarely produced translation of Blood Wedding by Langston Hughes.

It was also nominated for the following:

This production was remounted at Buddies in Bad Times Theatre, March 4-19, 2017