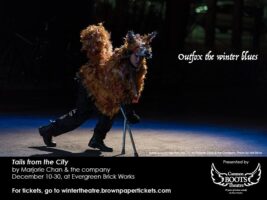 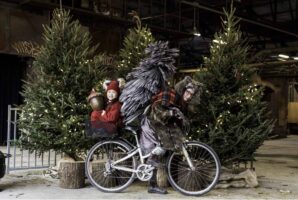 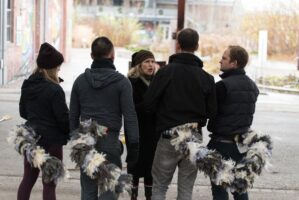 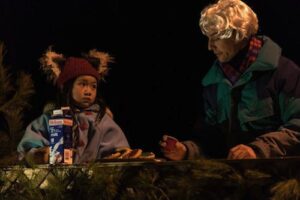 “If you’ve been to the Brick Works before, Tails From the City offers an intimate exploration of the site, getting into some of its nooks and crannies you might not have otherwise explored.” – Toronto Star Preview

“Enjoyable for kids and parent alike, and a welcome chance to be outside in the crisp winter weather, it was hilarious at times and heart warming at others.” – Mooney on Theatre

“Animals are always fun to play. Especially if you get to run around outside while doing it! I got to be a fox, a racoon, a squirrel, and even a human. This show was a boatload of fun, especially with all the love and laughs of everyone involved.” — Derek

We share our city with the furred, four-legged, and feathered. We encroached on their land and yet they adapted, nesting on our garages and raiding our garbage bins. Their struggles to survive are understood only by those who care to look. In a fast-moving world, with little compassion for those that lag behind, the simplicity and joy of their being reminds us of a bustling city and what it means to live in the present. Tails from the City is seeing the city from the point of view of raccoons, squirrels, and pigeons to uncover their lives.

Tails from the City received 1 award in the Independent Theatre division at the 2015/2016 Dora Mavor Moore Awards: 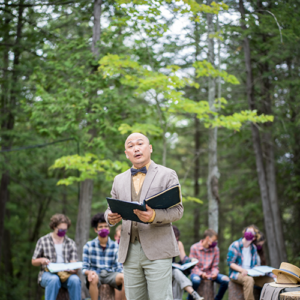 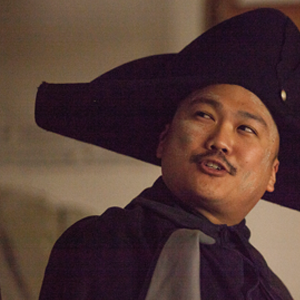